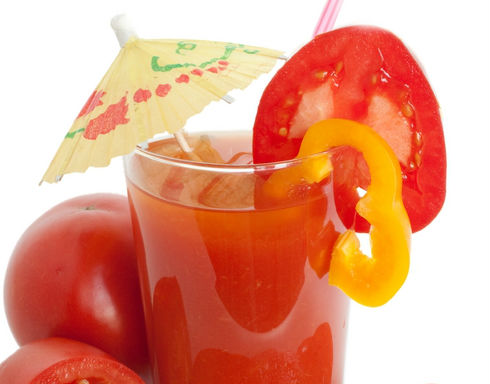 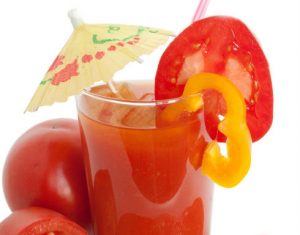 A new study published in science from the University of Florida, aims to bring back the flavour into tomatoes. Apparently, we’ve been messing with the hundreds of chemicals that go into making tomatoes taste good – well we all knew that. The problem is that with half a century of tinkering with the breed, modern tomatoes lack the sugars and volatile chemicals critical to better flavour. 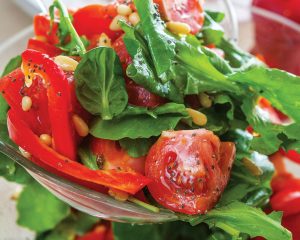 What’s in a taste?
The characteristic sweet‐sour taste of tomato and its overall flavour are due to the following components: reducing sugars (fructose and glucose), free acids (mainly citric acid), as well as some volatile substances. Potassium (by influencing the free acid content) and phosphate (due to its buffering capacity) indirectly affect the taste.
The characteristic tomato-like flavour is predominantly determined by volatile substances. Volatile substances develop partly during ripening and are derived mainly from fatty acids and amino acids. Differences between the flavours of different varieties; the less characteristic, weaker flavour of hothouse‐grown tomatoes; or artificially ripened ones, are explained by the different quantitative proportions of the volatile substances. Of the approximately 400 volatile compounds so far identified, several were found which have an important role in the flavour of fresh tomato.

During tomato processing, the flavour substances undergo substantial change, which may or may not be favourable. Depending on the extent of heat treatment and its duration, the reducing sugar and amino acid content decreases while the acid content increases. A part of the volatile substances (mainly those providing “green” smell) evaporates and at the same time new components, among them those which characterize the “cooked” smell of tomato products, are formed. Although our knowledge as to the composition of tomato flavour has improved, we are still not in the position to consciously develop the flavour during cultivation and processing. 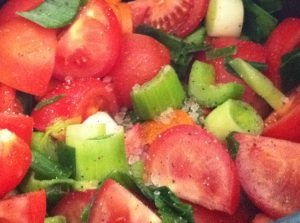 What about nutrients?
Tomatoes are the second most produced and consumed vegetable nationwide and are a rich source of lycopene, beta-carotene, folate, potassium, vitamin C, flavonoids, and vitamin E. It is estimated that we consume over 30kg tomatoes per person per year. The processing of tomatoes may significantly affect the bioavailability of these nutrients. Homogenization, heat treatment, and the incorporation of oil in processed tomato products leads to increased lycopene bioavailability, while some of the same processes cause significant loss of other nutrients.

Lycopene is the pigment principally responsible for the characteristic deep-red colour of ripe tomato fruits and tomato products. It has attracted attention due to its biological and physicochemical properties, especially related to its effects as a natural antioxidant. Tomatoes and related tomato products are the major source of lycopene compounds, and are also considered an important source of carotenoids in the human diet.
Frozen foods and heat-sterilized foods exhibit excellent lycopene stability throughout their normal temperature storage shelf life. Food processing may improve lycopene bioavailability by breaking down cell walls, thus making lycopene more accessible.

DNA is the answer
The tomato genome was fully sequenced back in 2012. Tomatoes possess 35,000 genes arranged on 12 chromosomes and provide variety on yield, flavour, nutritional content and resistance to disease. The DNA provides information on the history of the tomato’s evolution and fruit biology, such as ripening methods, root growth etc.
Researchers studied the versions of DNA in a tomato gene that give it its specific traits. Like the concept to DNA in humans, everyone has the same number of genes in their DNA, but a particular version of each gene determines traits such as height, weight and hair colour. Why modern tomato varieties are deficient in those flavour chemicals is because they have lost the more desirable version of a number of genes.

Scientists have identified the locations of the good versions in the tomato genome and mapped genes that control synthesis of all the important chemicals. Once they found them, they used genetic analysis to replace bad versions in modern tomato varieties with the good versions.
The researchers stress that this technique involves classical genetics, not genetic modification i.e. old-fashioned breeding of tomato strains not lab-based GMO. Because breeding takes time, and the scientists are studying five or more genes, they said the genetic traits from this latest study may take three to four years to produce new tomato varieties.
Well, let’s hope they study the genes that control the production of nutrients too. It’s amazing that so much effort goes into finding out what affects flavour, because that’s what sells tomatoes, but very little research looks at nutrients – who cares about that? We do…

Should I give up alcohol when trying to lose weight?

It’s the age old question, I want to lose weight, but can’t give up…

Diabetes Doc in the Kitchen #2 Replace potato with celeriac

Want to give up carbs but can't resist potato? Try out celeriac puree. Its delicious,…