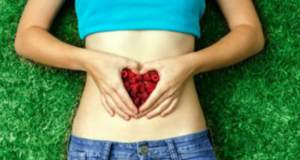 A study just published shows that gut health is vitally important in reducing the inflammation associated with Type 2 Diabetes. The metabolic syndrome which characterises Type 2 Diabetes produces inflammation which in turn increases the risk of further disease such as heart disease and stroke.

Although most people suspect that a poor gut biome is a causal factor in these inflammatory diseases, the mechanism has been elusive until now.

We know that millions, in fact trillions of bacteria inhabit the gut and live in symbiosis with us. They help provide energy, nutrients like vitamin K, boost our immune system and keep bad bacteria out. They either live in the gut lumen or in the mucous lining the gut wall. In IBD (Inflammatory bowel disease), it has been proven that possibly due to poor quality mucous, the bacteria can break through and invade the cells lining the gut wall, setting up the inflammatory process.

The same process has been induced in mice by inducing expression of inflammatory genes and this resulted in metabolic syndrome.
In this new study, Chassaing and the team examined subjects who had Type 2 diabetes and were also having a colonoscopy. They took biopsies and showed that the further in the bacteria had encroached on the cells, the worse their diabetes. Body mass index was also higher across the board in these cases.

So now we have a mechanism, what’s the cause?
Another study from 2015 showed that dietary emulsifiers produced low grade inflammation in mouse colons. This resulted in obesity/metabolic syndrome. Perhaps the emulsifiers commonly used in processed foods alters gut mucous so that bacteria can cross it easily and invade the gut lining. At the same time they noticed different species of bacteria invading the gut.

The Take Home Message
Its looks like another piece of evidence, showing that processed foods and food additives are not harmless and can lead to inflammatory diseases like Type 2 diabetes by altering gut mucous. So it pays to eat fresh and organic until we know more

If you would like to know more about gut health, sign on for our FREE Webinar on Gut health here:

My brush with death… not another one

Woohoo! Saturated fat is back on the menu

This week, more hard hitting evidence comes to light to support what we always…

Type 2 Diabetes- Are you a fat burner or a carb burner?

Of all the hullabaloo about carbs in your diet, no-one seems to be asking this…