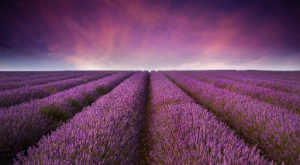 Our number one health problem these days, believe it or not is anxiety and stress. And what’s the cause of all this – no time.

We all feel that time is whizzing past, faster and faster and we need to get more and more done in a shorter time. We love speedy – the fastest lap, the sprint to the finish line, the 4 min mile, 100 metres in less than 10 seconds. We’re all breathless and sweaty.

Where did our obsession with time come from?

Before the 1700s, time was a bit of a fluid construct (it still is in many world cultures). There was day, night and the flow of the seasons. Then we invented ocean-going sailing ships and the opportunity for great wealth appeared through trade and plundering.

There was only 1 problem. While at sea, nobody knew where they were. Hard to believe nowadays, but without GPS and decent maps, basically you headed off in what you thought was the right direction, counted the days and hope you landed where you wanted to go. Many new lands were surprisingly discovered this way! The biggest problem was determining how far north or south you were, i.e. longitude. In 1714, the British government offered big money to whoever could come up with the solution.

So what was the great leap in technology?

A good timepiece that told accurate time. You could calculate how far you were from home by how long you’d been travelling in respect to the sun (it’s an early form of world time zones). Longitude is still measured in minutes and seconds.

We’re slaves to the clock

Since then, our lives have been ruled by the clock.  We respect good time keeping, look down on the ‘manyana’ culture, and race around constantly checking our watches, phones and Fitbits. I think it was the Victorians who started it with their fixation on railway timetables.

Time is something that’s in short supply, right?

Not so. Stephen Hawking has showed us that time is fluid. Instead of time being regular and in a straight line, we now know that time is curved, lumpy and liable to turn back on itself.

It’s also elastic. If you’ve ever got 3 minutes to run for a train, you’ll know what I mean. But those same 3 minutes can seem an eternity when you’re waiting for the kettle to boil or stuck in a lift with your ex-partner. It’s our perception of time that’s fluid too.

Now the humble fly is really interesting because it has a superpower – it can slow down time. Flies see time much slower than us, which is why they can spot us and get out of the way of the swatter double quick. They see us in slow motion. We’re all in the same time zone, but their perception of time is different.

This where it gets interesting. We can slow time down too. Whenever you’ve got a task to do within a short time, we get all flustered and think, I don’t have enough time! So we rush around and the clock ticks faster and we end up exhausted and stressed out.

So here’s what to do

Just say to yourself, you know I have plenty of time. One hour is more than enough time to get this job done. So I’m going to slow time down so I can get this finished.

Now close your eyes, imagine the next hour is slowing down and expanding across space, and it’s going to keep slowing down until it gives you the extra dimension to get your task done. Set to work calm and focused. It’s amazing what you’ll achieve…

You can use this exercise for all sorts of stressful situations. When you’re rushing to pick up the kids, slow down, expand time and arrive calm and relaxed – you have plenty of time you just need to slow it down.

Be a Time Lord

Like Neo in the Matrix, your superpower was there all along. You have loads of time to slide past Agent Smith, pick up the dry cleaning and get to that important meeting across town.

And you know what, you’ll sail through the day relaxed and calm, in control and you’ll certainly live longer without the stress hormones (cue Cher song – ‘If I could turn back time’). Now you can….

Anxiety Disorder – Where does food fit in?

We are suffering a huge increase in the amount of anxiety today. Problems range from…

This site uses Akismet to reduce spam. Learn how your comment data is processed.