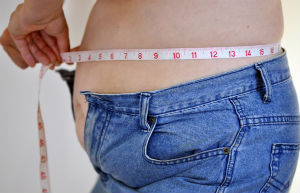 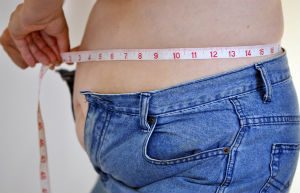 I was in a pharmacy the other day on behalf of a patient, and as I was waiting for the script I wandered among the many shelves of weight loss products.  It’s big business these days with the industry being worth millions of dollars in Australia alone. And yet the rate of obesity continues to rise. Clearly the range of products, programs and potions is not having much effect.

The UK government announced this week that it plans to penalize obese people claiming benefits, who do not make efforts to lose weight and adopt healthy lifestyles. So they plan to hit people where it hurts most – the back pocket. This is a major undertaking and a pretty extreme measure. But stern action is clearly needed to stem the flood of disease.

As a taxpayer, the cost of obesity hits our pocket every day. There’s no doubt that heart disease, stroke and cancers are caused by obesity and poor eating habits. But the most important disease linked to obesity must be diabetes.

In terms of cost to the health service ( and let’s face it we fund it), diabetes must be one of the most expensive diseases we have. As it progresses, patients need frequent trips to the hospital in an ever decreasing spiral of symptoms and complications. Diabetes ravages many organs and systems in the body.

Sweeten the deal with sugar

Sugar corrodes our blood vessels like bleach down a drain and eats away at our organs from the inside. From eye problems, to hardening of the arteries, kidney failure and gangrene it’s a horrible disease there is no doubt.

But fructose is the key product likely to be the most harmful. A recent study by the Beckman Institute for Advanced Science and Technology at the University of Illinois, showed that just choosing fructose rather than glucose can increase fat deposits and body weight. They studied groups of mice being fed 18% sugar – similar to the standard American diet. One group were fed glucose while the other group were fed fructose. The fructose group had increased weight liver mass and fat mass and were less active then the glucose group. So just changing that one factor alone had a major impact on health and obesity.

But the fructose industry is big business too. 240,000 tonnes of fructose are produced each year. High fructose corn syrup (HFCS) accounts for over 80% of the extra calories consumed by Americans each year. And the profits are propped up by government subsidies. Subsidies given to corn producers keep the price of corn down and the profits of HFCS producers up. And we’re talking billions of dollars here.

So we’re being hit several times. We buy cheap sugary drinks from a subsidized industry which makes us ill. At the same time, the very food that will keep us alive and healthy (fruit and vegetables) become ever more expensive.

Then as our obesity levels rise, we spend more and more on weight loss products that don’t work but are cleverly marketed. And those gym memberships – how much do we waste on those each year?

Get off the carousel

This is the imperative. Get off the dizzying money roundabout and hit the problem at its source. Like a dragon that terrorizes the village, we need a silver bullet to pierce its heart. People need to be helped with simple, do-able advice how to eat healthy. Quality is the key here. Spend a little money on the best quality food you can get and save yourself a heap in the long run, on doctor’s bills, pills, weight loss products and ultimately taxes. Then we’d all benefit…

Should I give up alcohol when trying to lose weight?

It’s the age old question, I want to lose weight, but can’t give up…

What’s up with your appetite